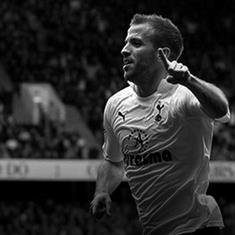 Join us for an Live Q & A session with former Spurs fan favourite, Rafael van der Vaart, hosted by Mike Leigh of 'The Spurs Show'. This is your chance to get up close and personal with one of Tottenham's most recent iconic legends. Van der Vaart began his career at Ajax and worked his way into the first team, debuting as a 17-year-old. Known for his playmaking skills, he drew comparisons to Johan Cruyff. He was named Dutch Football Talent of the Year and became the first recipient of the Golden Boy Award while at the club. He moved to Bundesliga club Hamburger SV, then to Real Madrid, then on to Tottenham Hotspur before returning to Hamburg in 2012. In the latter stages of his career, Van der Vaart had brief spells playing in Spain and Denmark before announcing his retirement in 2018. Van der Vaart earned 109 caps for the Netherlands between 2001 and 2013. He represented the nation at three UEFA European Championships and two FIFA World Cups, reaching the final in 2010. In 2019, van der Vaart began his darts career, joining the British Darts Organisation. First 150 tickets bought in rows AA-F are Gold & VIP tickets. Silver Tickets £35 + booking fee Gold and VIP Tickets £50 + booking fee (includes 6x9 photo of guest with Rafael)