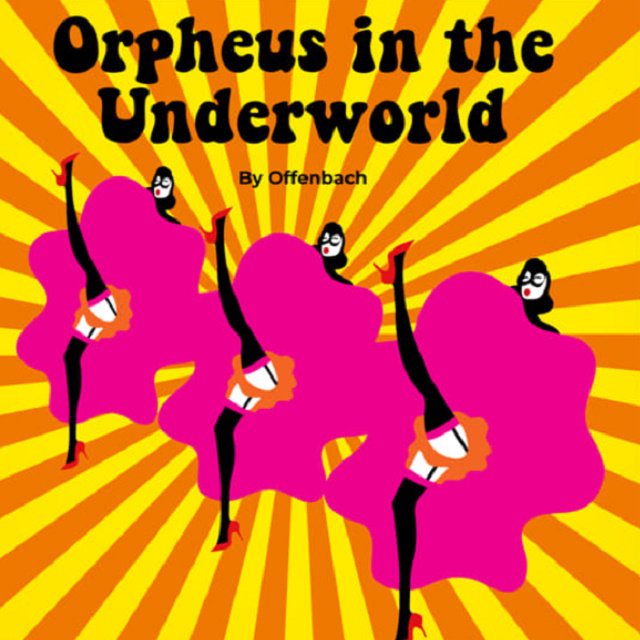 Orpheus in the Underworld

Southgate Opera presents Orpheus in the Underworld Offenbach’s comic operetta Orpheus in the Underworld is a skit on the classical legend with a plethora of colourful characters and, of course, includes the famous can-can. Orpheus and Euridice instead of being devoted lovers are bored with each other and each has a lover on the side. Euridice finds that hers is Pluto, God of the Underworld, and goes off to Hades with him willingly, is bored there, and allows herself to be courted by others. Orpheus would be happy to see the last of her, but a character called Public Opinion forces him to complain to the gods who allow him to journey to the Underworld to seek Euridice’s return. Will he succeed? Will there be a happy ending? A non-professional production